Owning a small piece of your neighborhood can be good for you and good for your city. Owners of small buildings benefit by generating income and building wealth, as the immigrants to New England who bought and rented out “triple-deckers.” Small building ownership faces challenges, mostly due to lack of economies of scale. However, every asset class has inherent challenges, so budget for them and focus on the benefits.

The benefits to an individual of owning real estate hardly need repeating: real estate generates income, increases in value (slowly), builds equity when bought with amortizing debt (forced savings), may be depreciated, and is a hedge against inflation.

Small buildings help build wealth and spread wealth. For example, in New England immigrants built “triple-deckers” in Somerville or South Boston or Worcester, lived on one floor, and rented the other floors to other immigrants until those immigrants built their own triple-deckers. Dense neighborhoods were achieved not with large towers that concentrated profits in a few hands, but with thousands of small buildings that real people built and real people still own.

The benefits of this pattern of development and ownership are described in books and articles like “The Shophouse as a Tool for Equitable Urban Development: The Case of Phnom Penh, Cambodia” by Natalie Weinberger or “Rethinking Rental Housing: Expanding the Ability of Rental Housing to Serve as a Pathway to Economic & Social Opportunity” by William Apgar, and are surprisingly well understood by non-experts. As a friend who buys and sells small buildings says, half-joking, “It’s amazing how many people want to be slumlords.”

Small buildings are important not only to their owners, but also to cities. Small rental apartment buildings are particularly important: two-thirds of the nation’s nearly 26 million unsubsidized rental units are owned by individuals, not companies, according to Harvard’s Joint Center for Housing Studies report “America’s Rental Housing: Homes for a Diverse Nation.” Small commercial buildings, defined as less than 50,000 square feet, make up 95 percent of existing commercial buildings, according to the National Trust for Historic Preservation’s report “Realizing the Energy Efficiency Potential of Small Buildings”.

The diverse ways that small urban buildings benefit a city are quantifiable. The National Trust for Historic Preservation’s Green Lab just-released report “Older, Smaller, Better” finds that urban neighborhoods characterized by small lots and buildings of different ages (as opposed to new, large buildings) have more people, households, and residential units per acre, more businesses and jobs per square foot, and a larger share of jobs in small businesses.

Small buildings can contribute to a city’s financial sustainability. Joe Minicozzi researches property taxes generated per acre by different patterns of development, and finds that small urban buildings (often with no parking) generate outsize property taxes per acre. For example, in Asheville, North Carolina, a two-story urban office building generates $7,000 per acre (as much as a suburban mall), Owning a small piece of your neighborhood can be good for you and good for your city. Owners of small buildings benefit by generating income and building wealth, as the immigrants to New England who bought and rented out “triple-deckers.” Small building ownership faces challenges, mostly due to lack of economies of scale. However, every asset class has inherent challenges, so budget for them and focus on the benefits. Leanlord Small Building Ownership & Operation Small buildings help build wealth and spread wealth. 2 LEAN URBANISM BRIEF | Leanlord a four-story apartment building generates $18,000, and a four-story mixed-use building generates $45,000. That’s a 640 percent increase in property taxes per acre while not exceeding four stories.

Small buildings may even help climate change resilience. Eric Klineberg writes in “Adaptation: How Can Cities Be ‘Climate-Proofed’?” that the biggest asset in disaster recovery can be community connections, and “the key difference” to creating connections is a fine-grain mix of uses that “brings people into contact,” as opposed to the large towers that Richard Florida calls “vertical suburbs.”

And for each such benefit today, small buildings can help a city become even better tomorrow. Nassim Taleb writes in The Black Swan that “Mother Nature does not like anything too big” and “the organism with the largest number of secondary uses is the one that will gain the most from environmental randomness and epistemic opacity.” Translation: small and adaptable is better. He makes the point explicit in the prologue of Antifragile, writing that modern urbanism of large buildings is fragile, while fine-grain urban neighborhoods like those favored by Jane Jacobs are anti-fragile, i.e. stress actually improves them.

Maybe most important, small buildings can make our lives happier. Charles Montgomery writes in Happy City: Transforming Our Lives through Urban Design about the many ways that a city can be designed to promote human happiness, and a surprising number involve building in smaller increments. For example, people feel more engaged when looking at a crowded, messy streetscape rather than one large, clean façade.

The challenges of owning small urban buildings are also extensive and well-documented, beginning with the Enterprise Foundation’s indispensable book Developing & Managing Scattered-Site Rental Housing. The challenges are mostly in the area of operation, i.e. management and maintenance, where the lack of economies of scale increases marginal costs.

Because small urban buildings, particularly rental apartments, face operational challenges, the possibility of government intervention on the finance side has been raised by writers including William Apgar, Alan Mallach, and Shekar Narasimhan, for example the latter’s blunt article “Why Do Small Multifamily Properties Bedevil Us?” Even after 2008, David Reiss wrote the balanced article “Landlords of Last Resort: Should the Government Subsidize the Mortgages of Privately-Owned, Small Multifamily Buildings?” Government intervention is clearly not Lean, but the literature is too extensive and thoughtful to go unmentioned.

Furthermore, the federal government already intervenes pervasively in the market for permanent debt for very small apartment buildings. Fannie Mae and Freddie Mac buy vast quantities of notes — i.e. assume loans — for buildings that are owner-occupied with up to four units (and up to a certain percentage of non-residential use). The program is intended to promote ownership of single-family houses, but is over-inclusive, great news for four-unit buildings, but bad news for five-unit buildings.

The challenges of owning a small urban building are significant, but they are far outweighed by the benefits, and can be mitigated. The best mitigation is anticipation. Acknowledge the challenges, and add them to your budget and financial model, exaggerating them to be conservative. Knowing is half the battle.

While small buildings lack some economies of scale, they can achieve limited economies in other areas. For example, buying buildings close to each other may reduce travel costs and maintenance response time. Over time you can standardize appliances so maintenance staff has to read fewer manuals. Replace light fixtures with ones that use the same bulb, so maintenance staff can buy in bulk.

Lean Urbanism may focus on low-tech, but it’s not no-tech: consider internet-connected water meters like H2O Degree, thermostats like Nest, or irrigation control like Rach.io to get some of the benefits of on-site management at a lower cost. A “virtual doorman” may help increase security and potential tenants, but cost relatively little. 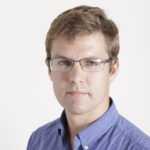 Andrew Frey is a development manager at CC Residential, a developer of luxury rental apartment communities. He is also executive director of Townhouse Center, a not-for-profit that promotes fine-grain urban neighborhoods. Previously he was a zoning lawyer and an urban planner. He has a law degree from the University of Michigan and a BA from Boston College.