Over the past decade, even as there has been a growing fascination with the benefits of charrettes as a tool for planning and public engagement, there has been a constant complaint that charrettes are too expensive. This complaint has become more common and more urgent in recent years, with shrinking budgets and tightening competition among firms for a smaller pool of available work. Lean Urbanism has introduced a new set of concerns about the costs of the process. It is particularly difficult to fit a charrette into the budget of a project when the goal is to “make small possible.” But Lean Urbanism isn’t just about streamlining the planning process. In the simplest terms, it is about reducing the time and resources invested in planning and dedicating them instead to getting things done, in more manageable increments, with less top-down intervention or public investment, creating more opportunities for individual action, with smaller increments of investment.

As we think about trying to re-vamp the charrette process to fit with the goals and spirit of the Project for Lean Urbanism, the first step in Leaning the charrette process is a matter of shifting the scope and focus of the projects themselves to which the charrette is being applied, and re-configuring the roles played by consultants and sub-consultants, planning staff, appointed and elected officials, and citizens. In the context of the Lean Urbanism, the appropriate version of the charrette would indeed be less expensive, but also more readily deployed as a tactical response in a pragmatic setting, and oriented to objectives identified within the Lean Seam. We are looking for processes that leverage community capabilities, that can be mobilized with minimal expense, that can be mobilized quickly in timely response to circumstances, and that are oriented to mobilizing social capital in order to get the most impact on the quality of the urbanism with the least investment of either financial or political capital.

The trick to re-tooling for Lean Urbanism is to understand ways that the fundamental functions accomplished in a charrette can be broken out into action that can be accomplished incrementally and distributed throughout a process that is more closely tailored to the specifics of both the project and its social or political context. A Leaner charrette would be more focused on a specific piece of an incremental process, would be facilitated by a smaller team less focused on the final documentation and more on building community relationships, and would leverage the available social capital more consistently with respect to shared learning, consensus building, and ultimately practical action.

There are five key dimensions of the charrette process that we would want to maintain in the context of a Lean charrette.

One way to begin breaking out the functions typically involved in a charrette is to distinguish between the design process and the public engagement process. First, it is a multidisciplinary and collaborative approach that produces complex responses to complex planning challenges. Second, it is about the shared learning necessary to build consensus around those complex responses. Finally, there is the focus on the ability to generate a basis for post-charrette action.

Components of a Lean Charrette Process

The following is an example of a way the process might be organized in order to be both relatively inexpensive and more capable of being precisely tailored for a Lean Urbanism project.

Step 1: Collaborative Project Start-up. It is all too often the case that the client and consultant team involved in a charrette tend to feel their way into a charrette through a process of negotiation that does not always involve clear communication. Part of the NCI approach involves an initial process of team building and project definition that outlines the scope and parameters of the project, enabling project partners to get very clear about the purpose and limits of their collaboration. This approach to project start-up would involve a small team facilitating a process that enables project partners and key stakeholders to establish clear framework for the project. Much of the focus would be on clarifying the precise scope of the project, identifying the resources necessary for the design and planning process (base data, expertise), and establishing the relationship between the design process and stakeholder engagement.

In the case of preparing for a Lean charrette, the most important aspect of this would be setting in motion a process that builds social connections, establishes shared knowledge, and leverages existing community assets to build the foundations for clear decisions and precisely targeted, strategically meaningful action. An example of this kind of process is the Lean Scan, developed by Hank Dittmar and the Prince’s Foundation for Community Building. The Lean Scan “is a new tool for finding latent opportunities in a town, a district or a corridor and leveraging under-used assets in a way that unlocks synergies between built, financial, social and natural resources.” The collaborative project start-up would set in motion this kind of exploration of “latent opportunities” and unrealized capabilities in the community, preparing the ground not just for planning but for a robust implementation strategy.

Step 2: Practical Vision Workshop. Many times, what people call “charrettes” are essentially just “visioning” exercises. What distinguishes a charrette process, however, is that it moves from the big ideas that might be articulated during such a workshop to the specifics of design and planning proposals. The purpose of this workshop is to establish those common understandings that might enable a community to act outside usual regulatory channels. Often resistance to change is manifested in defense of procedural and technical restrictions — not because they matter in themselves to the defenders, but because they are points of leverage that allow activists to obstruct a project. In a community of sophisticated activists, it can be very hard to move efficiently past bureaucratic regulation for this reason. A vision workshop could be focused, in particular, on establishing the principles and goals of immediate practical action. In a community that is interested in Lean Urbanism, such a workshop might provide a locally grounded manifesto that establishes the framework for a series of Lean projects. This visioning might well be coupled with something like a Tactical Urbanism workshop.

Step 2a: Discovery Process. Charrette team leaders facilitate a process that enables stakeholders to participate in gathering relevant information, organizing a process of shared learning, preparing for the design process to come. This process needs to be geared to the specific conditions and assets of a community, but the key is that it is primarily an exercise in community organizing, as well as information gathering. Whereas it might simply be a matter of carrying out some pre-charrette interviews with stakeholders, it would have the greatest impact to the extent that it involves mobilizing social capital, engaging both allies and potential opponents in building the foundation of local knowledge to feed into the design process. This could either be part of the vision workshop or an immediate follow-up to it, as the circumstances might require. (The order of business would be determined by the project partners in the project start-up process, with an eye to the particular conditions of conflict or agreement in the community.)

Step 2 and 2a might well be combined as part of a Lean Scan, which moves from an inventory and mapping of community assets, and construction of a shared body of knowledge grounded in available data. The vision part has to do with articulating values as concrete aspirations, and the discovery part has to do with coming to a common understanding of opportunities and constraints, resources and limits, capabilities and capacities.

Step 3: Design Charrette. Once the foundational conditions have been established by the prior efforts, it is then possible to stage a 3 to 4 day process, involving a small multidisciplinary team working in collaboration with stakeholder representatives who have been prepared for this collaboration by the previous process. The charrette could focus on design and spend less time on the vision and learning process that takes place in conventional charrettes. The precise scope of design, principles, constraints, aspirations would be part of the previously established consensus, making it possible for a smaller multidisciplinary team to work through the iterative process of design in collaboration with organized representation of stakeholder interests. Because much of the shared learning, relationship building, and consensus building would be systematically organized ahead of time, the design charrette can be more focused on the design work, building on the foundations of pre-established understanding.

With an understanding of what it is about the charrette process that gives it the ability both to produce robust, adaptive and integrated solutions to complex problems, and to build support for those solutions, it becomes possible to distribute the functions of the charrette throughout a process that requires less concentrated application of financial resources (although more extensive application of community capacities that can be identified and mobilized through this process). The result is that one can do more with less in the way of financial resources. If one calculates a budget with respect to the number of days and team members required to accomplish the work, it is arguably possible to accomplish the planning and design pieces of the project for a half to a third of the budget that might be required for a fully staffed seven day charrette. Perhaps most importantly, however, the outcomes of the charrette process would be more consistently oriented to active intervention rather than simply producing a plan or a report.

With particular regard to working the Lean Seam, there are two most significant considerations. First, it is a matter of getting the right people in the room as a way to cut through the structural obstacles set up by bureaucracy and the division of labor. The “right people” (in this case) includes the key decision makers but also key stakeholders who can share ownership of the initiative. To move efficiently, however, requires a certain amount of pre-established agreement with respect to values, goals, and some important limits to be respected. For example, a previous set of discussions and workshops might have established and branded a Lean project, linking it to a diverse set of interest and allies. Whatever the specific project might be at hand, it can be conceived as a manifestation of that initiative and thereby benefit from what is hopefully a diverse collection of allies.

Second, it is a matter of focusing the discussion with respect to scale, time frame, and, in some cases, reversibility. The charrette works because it allows for participation in a detailed “enquiry by design” (to borrow the phrase from the Prince’s Foundation). Tactical urbanism works because it functions effectively as a kind of inquiry by practice. A Lean charrette would be a way to mobilize strategically meaningful interventions that might have some of that tactical spirit, but be aimed at a cumulative and sustainable outcome, of a sort that might require somewhat more systematic application of expertise. 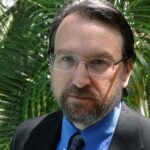 David Brain studied architecture at the University of Cincinnati before an interest in urban issues led him to a BA in sociology at the University of California, Berkeley, and an M.A. and Ph.D. in sociology at Harvard University. He taught at Harvard and Indiana University before coming to New College of Florida in 1991. His research and publications have focused on architecture, urbanism, and the connections between place-making, community-building, and civic engagement. His practical experience has included consulting on planning and urban design projects, facilitating charrettes and visioning workshops, and directing neighborhood-oriented action research projects. He is a frequent contributor to educational programs for citizens and professional practitioners. As a member of the board and training faculty of the National Charrette Institute, he has provided training in charrette practice for architects, planners, public agencies, community leaders, and citizens.