Lean Governing is not government reform. It is the action-focused exercise of collective will by local elected officials and citizens. It is a process of discovery, of robust experimentation and learning by doing. How might Lean Governing be applied in places where local leaders believe in Lean Urbanism and want to support it? The term Lean Governing is used here to connote a network of distributed leadership among public entities, citizens and businesses, focused not on a massive, long-term reform of government, but rather on robust experimentation with alternative models through a set of opportunistic partnerships.

Lean Urbanism enables real estate development by smaller players than is the case with typical development. It is to be achieved in part through the lightening of red tape in Pink Zones that are applied at the level of the block, corridor, district, or neighborhood. It also focuses on the incremental development of smaller parcels, which enables the smaller players by requiring less money and time, and not coincidentally results in better buildings and better urbanism. The Project for Lean Urbanism is searching for successful strategies to make small possible.

The focus of this paper is on the relationship between these Lean neighborhoods and the larger cities or towns of which they are a part, in particular the roles of cities and neighborhoods in the planning and regulation of development.

The Key Role of the Local Elected Official

The most potent force for the creation of Lean Governing is the local elected official who believes in Lean Urbanism, and his or her key appointees. The best of them are decisive, good delegators, and provide necessary “cover” to protect their subordinates. They desire to re-establish the link of mutual responsibility between citizen and elected official, but lack the luxury of time to reform the basic structure of government.

They are impatient to get the job done. They are inheritors of bureaucracies not of their own making, and live in the most normative governmental structure of any country in the world, with rules and regulations governing every minute detail of life, mostly imposed on localities by state and federal government.

To be successful, they become masters of distributed leadership, nurturing the initiative of the most entrepreneurial and competent individuals in the system, or ones they can bring in from the outside. They make direct connection with citizens, unleashing their creative energies.

How We Got Here

Lean Governing is a means of working around the sclerotic nature of American government at all levels. That sclerosis was a long time in the making.

Throughout the 19th century, industrial oligarchs used the courts to constrain the power of public officials and keep them out of their way, culminating in Dillon’s Rule, the court decision that made localities into powerless children of the states. In the first part of the 20th century, progressives pushed back, diminishing the power of the courts and the oligarchs, and expanding the power of public officials, who broke up the trusts and the nepotistic kleptocracies common at the state and local level. This reached a crescendo with the activist programs of the New Deal to end the Depression, and then with the mobilization for World War II.

The progressives were on the right track in pushing back at the plutocrats and enabling effective public action by relatively unchained officials. The administrative state they created, with its constituent elements such as the civil service and a professional department structure, were improvements over nepotism and kleptocracy, particularly as practiced within an ethic of distributed leadership. It worked pretty well for the first half of the 20th century.

Starting in the 1950s and accelerating in the ‘60s, the left and the right, each for its own reason, combined to constrain the discretion of public officials through the enactment of regulations that prescribed action in minute detail. At the same time, the growth of public employee unions further constrained management discretion, and spates of petty corruption spawned rigid procurement rules.

The administrative state simply does not work anymore. Nowhere in our country — which was once able to mobilize for and win WWII in just five years — can even a medium-sized development project get designed, permitted and built in that amount of time today. The administrators have been neutered by regulations and work rules. No one in the system has the power to tame the bureaucracy.

We no longer have the rule of law, the setting of boundaries for the reasonable exercise of common sense. This has been replaced with the rule of rules. Our government structures at the local, state and federal levels are a particularly bad fit for these dynamic, complex and unpredictable times. We need structures of governing, rather than government, that are more flexible, more entrepreneurial, more networked and more directly engaging of citizens in both planning and execution — with the goal of delivering higher quality government services at lower cost, enabling private development projects more quickly and at lower cost, and adapting rapidly to changes in conditions and citizen needs.

When rationalism first made its appearance in the Enlightenment, it was a balancing idea to check the excesses of the unbridled passions of the dominant traditional world of that time. It gave us the gift of constitutional government. But as rationalism has become the dominant idea, without anything to balance it, it morphed into a hyper-rationalism that devalues common sense and community values and individual autonomy, substituting rules and standards for collective wisdom and official discretion and responsibility. The public role in the planning and regulation of development at the local level is a particularly egregious example of this larger hyper-rationalist culture.

The problem with planning, as it is often practiced at the municipal level, is that it assumes stable conditions, and creates fixed responses to them. It is linear and rigid. And there is often a deep strain of hyper-rationalism that underlies it, the notion that the world can be reduced to a set of objective, value-free rules. This model worked modestly well in the slower, less complex world of the industrial age, but is no longer a good fit for our times. Today, planning, or what might better be called non-linear strategy, or design thinking, needs to be iterative and comfortable with the subjective, with values. Drawing from ecology and social networking, it should view the world as a network of networks where the city and its neighborhoods form a complex, adaptive system that responds to and co-evolves with dynamic conditions.

This strategy framework, based on the three questions posed above, involves three steps that individuals and teams need to follow to shape the future of a neighborhood or city.

This construct of conditions, capabilities and catalytic projects is an interrelationship, rather than a linear process. Conditions analysis is not a one-time or even episodic event. It must be continuous, because new capabilities are required as new conditions emerge. Catalytic projects generate capabilities and can change local conditions. The process is a dance that emerges as it unfolds, in any sequence of the steps, and in an expression that the people applying it choose — fast, slow, and in a rhythm tuned to their needs and their local context.

The first step is to nurture relationships of trust, building a network incrementally and opportunistically, creating coalitions of willing local and neighborhood leaders who mutually define their roles as they go, informed by these foundational ideas:

Lean Governing is not government reform. It is the action-focused exercise of collective will by local elected officials and citizens. It is a process of discovery, of robust experimentation and learning by doing. 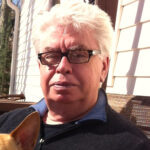 Kip Bergstrom is the Deputy Commissioner of the Connecticut Department of Economic and Community Development, with a portfolio that includes the development of the innovation economy, statewide branding, as well as the arts and culture, historic preservation and tourism functions. The common denominator of these functions are what Kip calls “placemaking” — the intentional, multi-dimensional development of our cities and towns in such a way that they succeed economically without losing their soul. He has held executive positions in the private, public and non-profit sectors, including serving three mayors and three governors. His interests, writings and accomplishments span the full spectrum of economic development, including branding, tourism, education and talent, transportation, entrepreneurship, technology commercialization, business recruitment and retention, real estate development, and the interface of the human network and the natural system. He was the first student to specialize in economic development at the Harvard Graduate School of Design and the John F. Kennedy School of Government, from which he earned a Masters in City and Regional Planning. Throughout his career, he has been a passionate advocate of place-centric economic development.