Lean Urbanism and the Right to the City

The potential for a natural partnership between Lean Urbanism and social-justice groups is self-evident and should be explored. A growing movement of social-justice organizations across the world are coalescing behind the concept of “the right to the city” as a means to garner support for a wide range of social issues that can be characterized by a belief that everyone has a right to design and shape their community. These groups have the energy and determination to alter the status quo of financial and regulatory structures that prevent people who lack access to resources and capital, such as millennials and immigrants, from becoming active in small-scale development. But these groups often also lack the technical knowledge to achieve such goals. Lean Urbanism can provide tools and know-how that these groups need.

The Right to the City

“The right to the city” is a concept that has attracted a growing number of social-justice organizations both small and large, national and international, that share a common vision of breaking down institutionalized barriers to individuals who may lack resources and capital from effectively participating in the shaping and development of their communities. These individuals include youth, immigrants, and other disenfranchised urban inhabitants.

In the 1960s, French philosopher Henri Lefebvre coined the term la droit à la ville. The right to the city has since been discussed as a strategy to counter contemporary neoliberal global financial restructuring efforts and as a means to prevent the continuing disenfranchisement of urban inhabitants across the world.

It is important to understand the way Lefebvre and his modern contemporaries view the city in a market economy. The role of the city is to absorb surplus capital, produce surplus product and therefore surplus value, and then to facilitate the reinvestment of the surplus capital to create more surplus value. The continuous cycle of capital reinvestment has shaped cities throughout human history. As David Harvey outlines in “The Right to the City,” there come certain episodes in time where opportunities to reinvest surplus capital are limited within existing urban forms and thus create the drive to reshape and rescale both markets and cities. He points out that this was one of Haussmann’s lasting legacies. Haussmann succeeded in rescaling Paris and facilitating the absorption of surplus capital through new debt-finance instruments and large infrastructure improvements. This effort to rescale urban forms and markets has occurred multiple times since, most visibly after World War II in the form of low-density sprawl, and most recently through the globalization of debt and credit finance institutions which led to the Great Recession.

The Right to the City movement (RTTC) has played a large role in shaping international urban development policy in the past decade. So much so that UN-HABITAT’s 5th World Urban Forum held in Barcelona in 2005 adopted the theme of “The Right to the City – Bridging the Urban Divide.” Joint efforts by UN-HABITAT and UNESCO to explore efforts to codify a right to the city have produced voluminous reports that aim to outline what a right to the city would look like. However, as with most international agreements, there is a strategic ambiguity to such documents that aim to garner the most support among member states with different interests without causing serious disagreement. Thus the majority of efforts to outline a right to the city have resulted in only vague documents. Mark Purcell outlines this common theme by noting that “the idea remains both theoretically and politically underdeveloped.”

The social-justice organizations promoting a right to the city include a large number of energized and vocal supporters who share common goals with advocates of Lean Urbanism. They shape international development policy and influence academic studies of social justice. With the right tools, these social-justice groups could help achieve a reduction in the barriers to the ability of disenfranchised urban inhabitants to participate in the shaping of their communities.

The Role of Lean Urbanism

Lean Urbanism’s emphasis on reducing institutionalized barriers to entry for those who lack the resources mirror the goals of the RTTC groups. While social-justice groups organizing under the RTTC umbrella have achieved a strong momentum and continue to grow larger, often their efforts are expended in an inefficient manner that prevents them from realizing their goals to the fullest extent. In the United States in particular, they can lack the political and professional knowledge of our current development finance and regulatory structures and often fail to fully appreciate what it would take to advocate for effective change at a policy level. The Project for Lean Urbanism is drawing on its development and design expertise to create the tools and methods to best influence local regulatory policy or work around it. These tools could provide RTTC groups with some of the means to achieve their goals.

The Lean Urbanism Toolkit being developed for the general public aims to engage and nurture community development through the highlighting of latent social capital through a variety of methods. One such method is that of the Lean Scan, a process of evaluating community-building problems and solutions not just within the built environment but also the social relationships within the community. As Hank Dittmar states in “The Lean Scan – Activating Community Assets,” “Lean Urbanism is thus not only a tool for a simpler and more cost-effective scale of revitalization, but also for one which is aimed at ensuring community benefit and control of the process — developing the social capital of a community along with the built environment.”

The general shift in the way communities should view development from large-scale to small-scale can be characterized by a realigned ethical regime at a local policy level proposed by Bruce Donnelly in “Lean Ethics – the Big and the Small.” He states that by reviewing the financial and regulatory body of development standards in our communities through a Lean lens, we can identify what policies stifle small-scale community development and what policies, if changed, would provide the best result once re-tailored for “Making Small Possible.” If in reference to certain development regulations, community leaders could ask questions such as “Does it fall too hard on the small?” they would be able to use a Lean ethical lens to increase opportunities for those with access to fewer resources.

The open-access, open-source, and open-ended nature of Lean Urbanism is purposefully designed to increase the ability for more people to shape and influence the built environment through publicly available tools that allow a small-scale, incremental, and affordable approach to shaping our communities.

In this sense, Lean Urbanism is in the best position to provide the framework for achieving a new paradigm called for by proponents of both movements. The ability to participate in development outside of the global debt-finance institutions of contemporary society is called for by advocates of the right to the city and would be enabled by Lean Urbanism.

The Benefits of an Accessible Partnership

Language is the largest barrier to a popularly accessible Lean Urbanism among social movements. Lean Urbanism can easily be translated into the realm of social justice. By no means should there be a change to the current positioning of Lean Urbanism as it brands itself as most attractive to the small-scale entrepreneur and developer. However, by adding certain themes and terms to its Lexicon, Lean Urbanism could form a bridge to influential and vocal movements that share very similar goals. Those themes should include disenfranchisement, inequality, and the right to the city, along with current social-justice research in academia and the extensive philosophical groundwork laid by Henri Lefebvre in the 1960s and by David Harvey more recently. By enlarging the argument for Lean Urbanism from primarily one of development and economic benefits to one that is more inclusive and incorporates similar goals of a wide variety of social-justice movements, Lean Urbanism can become an even more attractive concept to the general public. 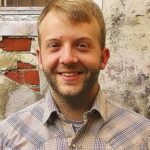 Eric Pate is a graduate student at the University of New Orleans in the Urban and Regional Planning Department. He is specializing in Urban Design, Land Use, and Transportation planning, and has served as an intern with the Seaside Institute. His strong commitment to fostering sustainable communities and regions drives his interest in traditional urbanism.