The Lean Business of Place-Based Enterprise

Within every community are two economies: one is locally generated, or “place-based,” and sustains assets at home, while the other operates remotely, extracts local value, and sends it elsewhere. Regeneration of a community depends on retaining and growing small, locally owned enterprises that simultaneously build cultural, social, built and financial capital. While big businesses dominate global markets, command the entrenched financial and banking powers and are incentivized by misguided government policy, emerging startups can disrupt the status quo and prove that local economies can compete successfully if they connect with their customer base and build capacity through local networks. The challenge for Lean Urbanism is to take charge at the association and neighborhood levels: to monitor, harness and replicate emerging local business successes and through bottom-up vigilance influence top-down policy to change not just the economic dynamics of a region, but strengthen its cultural, social and built landscape.

Place-based enterprises grow out of the economic, social and diverse market needs of the communities they serve. They enhance the character of those communities and brand them to outsiders. Place-based enterprises include factories, restaurants, workshops and studios. They sell finished and raw resources from the region’s forests, farms and fields, and services based on the local economy’s demographics, level of well-being and unique culture.

Nationally, firms with fewer than 20 workers make up 89.7 percent of all businesses. Small local enterprises are value creators. The top wage-producing industries in the U.S. are primarily local — professional and technical services, restaurants and construction. Disruptive start-ups drive the economy. Local enterprise represents personal empowerment, independence and innovation for owners and employees. These are the types of businesses the Project for Lean Urbanism intends to enable and encourage.

According to a study by Civic Economics, “locally generated business” returns from 52 percent to 79 percent of its revenue to the local economy compared to just 14 percent for national chains. By spending more money and purchasing goods and services in the area, local enterprises sustain a financial network that makes a significant difference in the local economy.

Other studies, including those by the Institute for Local Self-Reliance (ILSR), confirm that places with strong local businesses have more jobs overall, enjoy higher per capita incomes, more positive income growth, and have fewer workforce residents on public assistance. Locally owned businesses are positively associated with a community’s level of social and civic well-being thanks to familiar, frequent communication that engenders relationships of trust, loyalty and shared commitment to people and place. They donate to local causes and tend to “self-police” their respective industries.

As Entrepeneur.com notes, however, disrupting existing industries is hard. Incumbent market leaders are entrenched; they stifle competition, put in place exclusive partnership deals, and campaign heavily against competition. They establish government lobbying groups to influence legislation and policy that inhibits entrants and preserves the status quo.

Top-down public policy gained through largescale competitive opposition is the primary reason for corporate dominance and for unfair practices that undermine place-based enterprise. State and federal tax codes are riddled with loopholes for large corporations, while small businesses pay. Federal programs favor the large and connected and make progress daunting for small locals. State governments put resources into attracting and incentivizing outside business rather than supporting and growing existing assets within their boundaries. Local governments favor the “silver bullets” of big projects and national big box retailers, who falsely claim through well-funded marketing campaigns that they bring more jobs and prosperity to communities. In reality the opposite is true.

While altering federal, state or even citywide policy may not be in the purview of the Project for Lean Urbanism, counteracting corporate dominance at levels that make sense is important because its negative effects are specifically local. Within one to five years of opening, big box exploitation successfully squashes all but the strongest local competition — reducing job numbers, job diversity and tax revenue, and resulting in abandoned buildings and lowered property values.

Despite laws protecting the public’s right to know, deals made to bring in large projects and providers remain vague, if not secret, to the general public. Information collected by the New York Times shows their cost to state and local coffers results in a net loss to taxpayers, leading to all sorts of negative consequences, including higher poverty rates. According to one study, the average American pays $6,000 through taxes that directly and negatively affect local enterprises.

Federal loan guarantees traditionally provided through the U.S. Small Business Administration have begun favoring the largest of “small businesses,” and disappeared for the smallest loans. The average loan size has more than doubled to $360,000, while loans of less than $250,000, which support the vast majority of small startups, have been cut by two thirds.

In a 2014 Independent Business Survey by the ILSR, 42 percent of business owners who needed a loan were unable to obtain one. Businesses with fewer than 20 employees and women-owned startups were disproportionately affected. Minority- owned businesses (African American and Latino) were even less likely to be approved, despite sharing similar business and credit profiles.

Undercapitalization is one of the top three reasons small businesses fail. It also is the key reason small business startup has declined over the past 20 years and, according to the Brookings Institute, for the first time in our history has not kept pace with closings.

Another consequence of the inability to capitalize is that home-based enterprises have been on the rise, accounting now for more than 52 percent of all businesses, and employee hiring is down. It is also why “non-employer business” (sole proprietors who have no employees) is up to 79 percent of all businesses in America. This is concerning because the benefits of employer firms are much more economically important to communities.

While the scale is still tipped toward the large, remote and formulaic, there are always advantages to small, local and incremental. Although many of the larger issues are out of the control of small businesses, there is something every local group can do to take a stand and protect outcomes. The Project for Lean Urbanism should create tools to help sustain and grow these so that more local enterprises can be created and generate jobs. The role of networking and organizing — strength in numbers — is key.

Taking stock at the association and neighborhood level will result in a positive “bubble up” effect. Business associations should track the economic capture of local enterprises versus nationals. They should keep excellent records of relevant business permits, income generation and employment figures. This will provide ammunition when dealing with top-down policy and help business districts understand where there are unmet needs, where improvement is needed, what businesses they need to attract and support, and where to target their marketing and advertising dollars.

Citizens, associations and neighborhood groups can influence their local elected officials to adopt localist policies by contesting subsidies to corporations and large developments whenever they are proposed. Locals should create collaborations with regional organizations that share their goals. Likewise they should foster relationships with national organizations and conservancies that specifically address local/small versus big/formulaic, and take advantage of the wealth of information they have collected through case studies and surveys.

Local disrupters should be eager to work with governments to proactively develop reasonable rules and oversight. This is especially true for new, emerging businesses that do not fit typical molds for permitting. Local businesses should seek out sympathetic institutions and similar businesses, and through coalitions educate local regulators about their business models and inherent issues, and offer to collaborate on oversight.

Locals and neighborhood groups should support policies that help residents afford the rising costs of living. These would include short-term stays that help locals market the livability of their place, and longer-term room rentals that encourage safe living arrangements. Regulations proposed that are clearly drafted to protect existing players from competition should be discouraged, such as prohibiting car shares or pedicabs that protect established taxi services.

City councils and planning commissions should be encouraged to consider other variables aside from zoning issues, including economic development and environmental issues, to identify probable detriments and benefits of large-scale projects on factors such as wages, household incomes, net job creation, and effects on existing local businesses. Likewise, policies and codes should favor pedestrians and transit over cars, and encourage multi-story, mixed-use buildings and human- scaled development. Independent businesses are disadvantaged in cities where zoning does the opposite, so rules that undermine traditional commercial districts and encourage auto-oriented sprawl should be altered.

To address banking and lending, regional banks and credit unions should be encouraged, because they are the primary lenders to small enterprises. Despite the trend to move accounts their way, they are still losing ground to consolidation. State Partnership Banks, such as the publicly owned Bank of North Dakota, use state government deposits to supplement the lending capacity of local banks and provide a secondary market for mortgages. The result is that North Dakota has four times as many local banks per capita as the U.S. average, and much more local-business lending. At the local level, there is opportunity to establish new programs such as “local economy investment pools” that allow cities, counties, and institutions to invest a portion of their funds to finance local enterprises and infrastructure.

Venture Capital is often touted as a key resource for local startups and takes advantage of successful locals who desire to give back to their business communities, but it encourages enterprises to grow too quickly so investors can make fast exits. Slow and steady growth, which is safer and more prosperous in the long term, is a key part of a good business plan. Likewise, crowdfunding and other unconventional financing sources are inspiring and should be included in the mix, but alone are inadequate for the need.

The internet has revolutionized small enterprise, creating opportunities to serve niche markets powerfully and nimbly. Small businesses don’t have top-heavy burons, and can respond more quickly to change. The Project for Lean Urbanism should consider developing models for web education and suggest management strategies for sharing web networks at the building and block levels.

To ignore the relevance and needs of place-based enterprise is to ignore the largest sector of America’s economy. 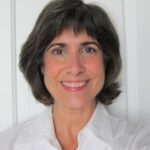 Ann B. Daigle is an urban planner and designer specializing in humane approaches to community building. Her passion is the regeneration of historic neighborhoods into vibrant, beautiful and walkable places. She happily lives and works in the great City of New Orleans, Louisiana, where she is a community activist and serves as advisor to Smart Growth Bywater. Ann’s past posts include Manager of the New Orleans “Culture of Building” and Crafts Apprenticeship Programs for the Prince’s Foundation for Community Building, Urban Development Manager for the City of Ventura, CA, and Special Advisor to the Mississippi Development Authority for the post-Katrina Gulf Coast. She is also a partner in The Company Farm Pecan Grove & Market, a family-owned farm in North Louisiana. Her educational background is in Architecture, Communications and Social Psychology.