Lean Ethics – the Big and the Small

Regulation and government programs are supposed to protect the consumer and empower the market. Too often, though, they favor big, incumbent businesses. They require things like bonds, copious paperwork, and multiple layers of review. They are too expensive and time-consuming for small builders, small businesses, and homeowners. Programs politicians told us would create opportunity for everyone instead create opportunity for big incumbents. The young, immigrants, people who work with their hands — “makers”— suffer particularly. Such suffering is unjust in a system that is supposed to create opportunity.

We know literacy tests for voting can have a discriminatory effect even if they are not discriminatory on their face. The same disparate impact hits development and small business. A permit fee that is the same for one house or a hundred will fall a hundred times harder on the builder of a single house. A small baker’s permits and equipment will cost much more per pastry than does a large commercial kitchen’s. Such regulations favor the big at the expense of the small.

We need some tests. The biggest question to ask about a regulation or a practice is, “Does it fall too hard on the small?” If so, it is unethical in a system that purports to offer opportunity. The question also suggests more specific questions.

There are terms for such bias. One is regulatory capture: a kind of corruption in which a regulator favors particular business interests against the public interest. Another is rent-seeking, by which a business or interest group lobbies to gain wealth without creating value. Economic rent is money spent above the amount required to keep a productive resource productive. A group of consultants that gets a city to require its services is seeking economic rent, via regulatory capture. It has “captured” the regulator so that it can charge for unnecessary services. If big developers thwart policies that would punish anti-competitive practice, that is regulatory capture, too.

Asking, “Does this fall too hard on the small?” helps us penetrate a ploy. Often, spokespeople appeal for deregulation in order to help “small businesses,” but the small businesses remain at a disadvantage. Take a new government grant that could help small businesses, but that has an onerous application process. It is only affordable to big businesses that can pay for consultants.

Nevertheless, being big is not bad in itself. Tim O’Reilly, a publisher of computer books, coined the aphorism, “Create more value than you capture.” If big creates value for the small – such as a big market hall for small food stalls – then it justifies its size. If the big adds value the small cannot, it is useful.

The small come in all kinds, but we can use certain groups to test the ethics. The list can include the ordinary homeowner or renter; the young; the immigrant; and the maker who works by hand. Each suffers differently, so we can test for different kinds of harm:

Each of our questions suggests a rule.

“Does this fall too hard on the small?”

The question is about size, not the type of business – e.g. “developer.” If discriminatory regulations keep all but the big from doing business, we might mistakenly assume that anyone who does business – any builder – must also have vast resources. On the other hand, we should not simply reduce regulations across the board. The big who can make big mistakes need big regulations. Rules should fall hardest on those likeliest to cause the most harm.

“Is it disproportionately costly for the small?”

One solution to the disparate impact of a certain regulation would be to apply it only above a suitable threshold. Another might be to keep it proportional to the entity, good, or service it regulates. Perhaps a very small baker would only need to meet reduced requirements, while a larger one would have to meet full requirements. Perhaps house-builders would pay for permit fees on a per-house or per-square-foot basis. Once we sensitize ourselves to the injustice, the reforms flow. Homeowners and renters would not have to act like big businesses. Rules should be proportionate to the quantity of the good or service, or to the scale of the responsible party.

“Does it require expertise in navigating the rules, rather than in the task itself?”

Simpler but still strict regulation could shift reliance from expertise in the rules to practical expertise. Suppose we want to ensure a minimum amount of light and air for all dwelling units. We could require complex light and shadow studies using computer models only experts could interpret. On the other hand, we could provide a simple rule that does the job fairly well. The complex studies will be difficult and expensive to do, but the simpler option would be easier for a small player – such as the immigrant who knows the good from the bad, but cannot navigate intricate regulations. Regulations should be simple, but still strict.

“Does it stymie well-known and well-respected ways of doing things?”

Shared expertise and care for reputation could help society curate reputable practices and businesses. This would be a vernacular: a particular, shared way of doing something. It evolves by many hands. It is both open-source and trial-and-error. We know that open-source software can be successful for business. People contribute to projects, collaborating to discard bad solutions and warn each other of problems. A vernacular is the opposite of a trade secret or “business practice” protected by intellectual-property law. Within a vernacular, the many and the small share best practices, and hold each other to them. The public needs to do its part by rating businesses and their practices. Tools like Angie’s List help build an ethic of care. A system using reputation is not chaotic or laissez-faire. It evolves constantly, and it has shared standards, as opposed to no standards. Reputation works by flagging a narrow lightwell or a leakprone roof detail as a bug that the many reputable and small should avoid. Reputation and open-source practice, then, favors the makers: those who do. The small should develop an open-source vernacular, in which both peers and the public ensure that best practices and reputable businesses rise to the top.

“Does it require good quality and sound judgment, or just certified experts?”

Respect for practical results might help us shift back to favoring sound judgment. Maintaining certification is no substitute for maintaining a reputation. For example, the U.S. Green Building Council’s Leadership in Energy and Environmental Design (LEED) program certifies projects (e.g. buildings) for earning points in its system, and it certifies professionals for being expert in LEED itself. Although many LEED practitioners are expert in actually saving energy, materials, and habitat, the certification is only applicable to LEED itself. The buildings earn plaques based on points, rather than actual performance. Apprenticeship, though, relies on gradually accrued skill, culminating in a “master piece.” The young student – or rather apprentice – has to produce something properly, and it has to work well. Since the student/apprentice learns by doing, she may accrue less debt. Certification should require proof of performance through added value.

“Does it let the big favor themselves, or does it provide fair opportunities to the small?”

The principle that businesses should not favor their own products can combat big, vertical monopolies. A developer that does not let small builders build individually on subdivided lots has a vertical monopoly in which only it can build. A fairer developer could create a market, so any builder could fill its lots. The developer would be on an equal footing for its own lots. It adds value for the small. The approach also helps build standards and platforms. For instance, say a manufacturer of high-tech argon-filled windows makes windows using proprietary standards. A more open “Maker” approach would require that the windows be repairable by ordinary glaziers. That, in turn, could require not just open standards for the fittings, but even a more open technology – using draperies, strong and operable shutters, storm windows, and so on. If businesses do not favor themselves, they will create markets. Those markets can then foster standards. Such markets are available to anyone. The big should develop and apply open standards so as not to favor themselves.

The Open-ended Search for Common Sense 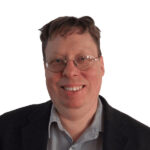 Bruce Donnelly is an urban planner, editor, and New Urbanist intellectual based in Cleveland, Ohio. His main work is in editing plans and published works, and in analyzing codes and documents and framing/explaining issues, problems, and solutions. He has collaborated on codes and comprehensive plans for several cities, has worked on the Louisiana Speaks recovery plan, and has authored essays in Landscape Urbanism and its Discontents and the upcoming Transect Reader.