Lean Infrastructure is Transect-based engineering and landscape works that support Lean Urbanism projects through incremental improvements that can be quickly and economically implemented by subsidiary players without the need for massive equipment, capital or protocols. It is infrastructure designed to fit the needs of a particular level of urbanization (a block or so), but can be frugally upgraded or downgraded to the adjacent level, or adapted to changing conditions.

For the past six decades, the waste inherent in cheap oil, overblown national public works standards, and car-dominance have resulted in gold-plating (incorporating costly features or refinements into something unnecessarily, often in the name of excessive “factors of safety” or “redundancy”). This gold-plating presents barriers to accomplishing good urbanism in the form of initial financial costs that can completely block growth, operating and maintenance and replacement costs that are bringing municipalities to their knees, and space-hogging works such as wide pavements or sprawling over-sized pipes that leave no room for sidewalks and trees. Lean Infrastructure is a response to these issues.

The Tenets of Lean Infrastructure are:

The ethos of Lean Infrastructure could in some ways be represented by the smaller projects of the Imperial and Royal Engineers of the British Empire at the turn of the 20th Century, and pay-as-you-go projects of the American settlement-building pioneers. In fact, one could say that there have been three major imperial infrastructure movements.

The Roman Empire is exemplified by massive longstanding infrastructure in support of civilization building.

The American Empire is exemplified by gold-plated infrastructure enabled by access to cheap oil, driven by over-dependence on the automobile, and resulting in terrible placemaking.

The option of Lean Infrastructure is important because of a potential converging triple crisis of global energy price escalations, increasing issues with climate change, and a resultant financial instability.

Historically, roads often began as a game trail, were used by horses, widened and smoothed for wagons, then paved over to accommodate intensified urbanization or, simply, speeding cars.

A street excavation of older cities, such as in Charleston, SC, will often reveal this succession of materials, which is contrary to today’s immediate demand for climax-condition infrastructure no matter the context.

The Old Road Society — an eclectic group of property owners in Garrison, NY, recently successfully petitioned their County administration to prevent the paving-over of their historical dirt roads. Old Albany Post Road had been used by General Washington to move troops during the Revolutionary War, and a paving and widening of the roads would have resulted in the destruction of neighborhood character. The group also showed that proper repair and maintenance of the broken-stone roads would save money as opposed to paving regimes.

The 150 year-old drainage scheme for a courtyard house in Mesilla, NM, is a simple, yet highly functional “rain garden”; though likely illegal within today’s complex over-specified hydrology regulations that often require pipe, concrete, proprietary products, and large gas-hogging construction machinery. On the right is an over-engineered raingarden for Cermak Road in Chicago, questionably dubbed “The Greenest Street in America.”

Water supply and wastewater treatment in the U.S. is typically not gold-plated as compared to surface roads. They are comparatively cheap, high quality, high capacity, and of low visual impact for such a vital resource. Most third-world countries envy the water supply systems of the U.S., and for good reason. The main issue with this type of infrastructure is that it is often required that it be installed at a climax condition rather than incrementally, or in massive centralized plants rather than in a smaller distributed fashion, that can be much more economical both in capital and life-cycle costs.

A small greenfield development could be settled incrementally in the following fashion.

This greenfield illustration depicts a method for incremental infrastructure that parallels the actual growth of a community. Like most railroad towns or Law of the Indies settlements of the U.S. west, the townsite is platted for a climax condition to provide the framework for incremental settlement and building. The first three generations are served by gravel roads and well and septic systems, while the owners contribute over time to an infrastructure fund that will eventually provide the means for paved roads and water and sewer systems that support more intense settlement.

Many U.S. civil engineers have reneged on their responsibility to design workable solutions that support civilization in an economical and sustainable fashion, by defaulting to the code books and standards tables before even considering empirical design that fits the context. In fact, Americans are already beginning to see third-world countries leap-frogging the U.S. in sustainable infrastructure solutions due to the absence of an over-burden of regulations in those less-developed countries. A move to Lean Infrastructure that supports good urbanism at smaller scales could lead to a renaissance in public works that could help to put the U.S. back on track as a legitimate leader in the field of civilization-building. 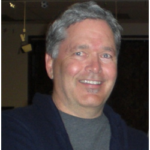 Paul Crabtree is a Civil Engineer who has focused his work on the integration of intelligent urban infrastructure with New Urbanism and Smart Growth Planning. Paul is the founder and president of the Crabtree Group, Inc. He is a leader in the Congress for New Urbanism Rainwater Initiative, as well as an author and lecturer on sustainable infrastructure, from water to transportation. Paul is a founding member of the Transect Codes Council, and a contributing author of Sustainable and Resilient Cities (Wiley, 2011).