Strong economic, demographic and household trends reveal a tremendous pent-up demand to use homes for employment, pressuring the marketplace to accommodate all types of live-work units. Yet for the past half-century, live-work units have essentially been made illegal or discouraged in most places. Changes to zoning and building codes, as well as management and permitting procedures, are required to allow the full spectrum of live-work options to be restored.

Live-work unit, Flexhouse: A dwelling unit on its own lot that contains, to a varying but limited extent, a workplace component.

Live-work units are among the oldest forms of housing. For centuries, our cities, towns and villages included shophouses, often referred to as the original live-work unit, in which work, commerce and housing all took place on the same property. However, the advent of the industrial revolution, advances in transportation technology, new settlement patterns, and the fact that most zoning codes required separate and single-use zoning all contributed in some fashion to the slow erosion of this type. By the mid 1950s, live-works essentially became illegal or highly discouraged in most places.

In the past 30 years, the rise of the internet, telecommuting and the entrepreneurial spirit of workers across generations have begun to force a reversal of this trend. Many factors are contributing to this renewed demand. Fast advances in information technology and telecommunication improvements have also made both home-based businesses (HBB) and working from home much more feasible in recent years. Furthermore, commuting has become an unpleasant chore, with the average American spending seven days per year doing it. Finally, our desire for a smaller carbon footprint, reduced transportation costs, greater work flexibility and autonomy, a better quality of life, and less reliance on oil have also increasingly fueled the return of the live-work unit.

Equally important, strong economic, demographic and household trends are revealing a tremendous pent-up demand for the use of homes for employment, resulting in a pressuring of the marketplace to accommodate all types of live-work units. A quick glance at US Census data clearly favors this growing market for such mixed-use opportunities.

There are three overarching types of live-work conditions within our built environment (excluding mixed-use buildings):

Live-work units are, by definition, flexible in their use and configuration. Due to the many American lifestyles, we propose four models of live-work units named by their lot disposition. Their urban location is crucial to their viability and they are presented in order of their suitability from the most urban to the most rural conditions.

Simply stated, the American dwelling has not kept up with the times, and the building industry has failed to respond in a comprehensive way. Moreover, despite the urgent need to increase our livework options, there is still a steep regulatory hill to climb and overcome. Specifically, local zoning regulations are still too limiting, and building code requirements too expensive, onerous and inefficient. The unintended results of interpreting a live-work unit as a commercial building (for fire, life-safety, egress, construction type, and HVAC system requirements) often also make its form inefficient and awkward. Code requirements are typically far in excess of any low-risk hazard that may be present in the workspace, making livework units less affordable and inclusive.

People have had to make do and reconfigure their dwellings as best they can, but it is not sufficient. Arguably, our codes should allow some degree of workplace in every unit. The live-work type has repeatedly proved that it is a wonderful way to bring small businesses back to the main streets, retrofit existing buildings, convert industrial districts to neighborhoods, and create a variety of mixed uses in sustainable communities. Live-works provide unparalleled opportunities to enhance a community’s vibrancy and sense of place. They create potential for a more balanced social life, allow for co-working spaces where unstructured social interaction can take place, and provide flexible workspace in a real business environment. They also offer many options to incubate a business. It’s an inherent way to provide affordable housing and, as important, affordable work spaces. Finally, artists are significant contributors to local economies and culture, often labeled urban pioneers of revitalized neighborhoods. Live-work units can also provide affordable artist lofts.

In the absence of new codes, there are provisional changes to existing codes that can facilitate the building of live-work units.

For the Lean Urbanism, a re-alignment of the full spectrum of live-work options is required to restore a highly viable model that was successful for centuries and that is clearly not being met under current conditions. The future is very bright for live-works, with economic and demographic indicators all pointing in this direction. In fact, live works may very well be the dominant form of dwelling in the future, as commuting becomes the exception rather than the norm. 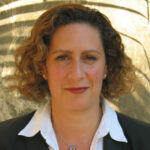 A partner at Duany Plater-Zyberk & Company and Director of its Washington D.C. office since 2007, Marina Khoury is a licensed architect with 20 years of professional practice. Her 17 years at DPZ have brought her extensive national and international experience in sustainable development, community planning and form-based coding throughout the United States, Canada, Europe and the Middle East. She was the project director for Miami 21, and was instrumental in helping to successfully transform the City of Miami's use-based zoning code into the largest-known adoption of a form-based code. She speaks widely on issues related to smart growth and creating affordable, sustainable, and walkable communities.

Having lived in Florida until 2007, Khoury served in a number of community leadership positions. She became the first female architect appointed to the City of Miami's Urban Development Review Board in 2001. She taught as an Adjunct Professor at the Design and Architecture High School (DASH) from 1993-1999 and was a member of their Advisory Board from 2000-2007.

Marina is an active member of the Congress for the New Urbanism (CNU), and a Board member of the CNU-DC chapter from 2007-2012. She currently serves on the following Boards: Sustainia Council, the Resource Council for the Form-Based Code Institute (FBCI), the Center for Applied Transect Study (CATS), and the Transect Codes Council (TCC). She is a member of the New Urban Guild and a LEED Accredited professional. Marina earned two masters degrees, in architecture and urban planning from the University of Wisconsin-Milwaukee after attending the “Ecole Speciale D'Architecture” in Paris, France.