The mission of the Master of Real Estate Development (MRED) program at Woodbury University’s School of Architecture is to change the role of architect from consultant to entrepreneur and to empower architects in a profession where they are rapidly losing their traditional role as leaders of project teams. Students graduate with the skills to be not simply consultants, but also builders and real estate developers. MRED graduates are establishing a new localized culture of building and an architectural vernacular that speaks to San Diego’s context, place, and time. The built results have created a quiet storm of new housing and commerce that both fit nicely within and raise the design bar in San Diego’s more urban neighborhoods. These new projects and architect-builders are creating a buzz, drawing attention from funders and others wanting to build upon their budding success, and establishing a new responsibility through raised expectations. The MRED program is creating a group of young architect-developers who can determine their own fates, design, and places while contributing to a better urban environment.

Over the past 30 years, architects have been relegated to serving as consultants in a process, relinquishing their time-honored role as leaders of development decisions. This results in projects without the important elemental conception essential to building urbanism. Developers, engineers, contractors, and citizen groups have taken the architect’s role in city making. Uneducated in the culture, history, civic-awareness, and aesthetics of urbanism, and often having the wrong motivations, these stakeholders frequently make wrong decisions on the schemes, locations, types, and functions of new buildings.

The architecture academy has shifted its curriculum in response to this diminished role. Historically, an architect’s education was under an apprenticeship system. Working under a master/mentor, a student’s education was delivered in an organization-centric, hierarchical, and function-based work program. That system still exists today in the Intern Development Program licensing process. In contrast, the architectural education curriculum is now organized to provide graduates with a range of professional skills to provide consultancy services. Education is delivered in a collaborative, network- and project-based program.

Because students expect to graduate from architecture school with bloated student loan debt, larger university programs sell themselves as well-known brands and professional networks to be leveraged immediately upon graduation. For example, Harvard’s Graduate School of Design markets “Landscape Urbanism” as the appropriate discipline to conceive urban environments. It sponsors lectures, produces social media content, and publishes books and magazines to sell the brand.

In contrast, Woodbury’s smaller MRED program blends the apprenticeship model with the project-based program, as thesis projects are actual building projects. The program is designed to teach the art of architecture plus the key building and development skills needed to realize great buildings and communities.

The Woodbury MRED program is unlike any other real estate development program. The entire curriculum of the 12-month, three-semester program is project-based and delivered through a studio format under the direct tutelage of the program’s co-chairmen, Ted Smith and Jonathan Segel. This course of study introduces more than the typical elements of development. Students are exposed to a broad array of building industry professionals and MRED graduates. Students work with successful architect-developers to understand innovative, inventive, and specific strategies to overcome financial shortcomings and policy roadblocks. These strategies are studied, refined, and evolve in this hands-on, interactive studio.

The program is taught in three studio semesters. It begins with local MRED graduates presenting their successful developments in a case-studies studio. Students have the opportunity to consider alternative designs for these existing developments while they become familiar with and manipulate the specific business plans or pro formas of the projects. Industry professionals including bankers, contractors, building officials, lawyers, market analysts, and sales representatives teach classes in a parallel professional studio that supports the design studio.

The second semester continues with the parallel professional studio, under the direction and advice of industry professionals who continuously participate in the learning process. Student presentations are tied to a series of sketch problems that integrate specific learning outcomes and real world examples. In this professional studio, students survey possible alternatives for new developments and are directed toward a specific project proposal, which concludes during the final thesis semester.

It is the program’s goal to produce architects who are no longer reliant on the traditional service-industry/client-based paradigm. The program seeks to teach students the means of production so they possess a holistic understanding of the process and can be in charge of their own professional destiny, with the freedom to design as they see best for a given situation. This creation of the autonomous architect as entrepreneur is changing the field of architecture and the built environment.

Since the 1950s, San Diego has grown in a conventional suburban sprawl pattern of development, to the detriment of progressive planning and environmental goals. Since the 1980s, Smith, Segel, Rob Quigley, and other architects have quietly cultivated the architect-developer model in the older urban neighborhoods of downtown. They found success in taking risks on designing, building, and owning urban development opportunities that were rejected by conventional suburban developers. As the risk-averse conventional developers have shifted toward compact, infill, urban projects, these pioneering examples become even more prescient. The architect-developers are capable of executing the more difficult, fine-textured infill projects that are often too complex and too fine-grain for large developers.

The program is located in downtown San Diego, in the urban laboratory of San Diego’s Little Italy Neighborhood Development block. A well-known case study itself, the LIND project was intended to be a model for mixed-use, multi-ownership, downtown full-block development. However, due to the complex nature of the project, the local jurisdiction, San Diego’s former Redevelopment Agency, determined the model to be too difficult and abandoned it for full-block, single-ownership, urban renewal models. While San Diego has lost its Redevelopment Agency, the LIND project continues to generate economic development, provide attainable housing, commerce, and open space to visitors and locals.

Being located in a vibrant, walkable, and rapidly evolving urban area, students are able to draw lessons empirically from their surroundings. Case studies are made both from nearby successful architect-developer projects and the traditional merchant-developer model. The program is housed in the distinctive Merrimac building, which serves as a Lean educational facility. It acts as a studio, classroom, dormitory, community space, and a nexus for the growing architect-developer community. It is a bustling workshop and crucible for innovative approaches to architectural design, understanding regulatory controls, financing, and construction. Within this laboratory space, students are exposed to examples and outcomes of the architect-developer methodology. Concepts are given physical form in lessons that draw from a project’s context, with topics ranging from construction techniques to the understanding of spatial manipulations through volumes.

Ted Smith has shaped a subtle secret culture in direct response to his curriculum and innovative design approaches. The ‘secret’ aspect is typical of developers not wanting to skew the market place as they investigate deals, in addition to not wanting to alert city staffers and community members of their expertise in legally manipulating overwrought regulations and out dated rules. The MRED students are taught how to redefine, re-imagine, and reinterpret existing rules and regulations in order to build more efficiently and profitably in a very expensive market. The students are taught to understand the ancillary cost and time spent updating public codes and policies necessary to achieve their goals. They choose a different path to reform, which is lighter, cheaper, faster, and Zen-like in its manipulation of the existing rules to create a new urban development model. In short, the studio has remained very quiet while making revolutionary change in San Diego’s politically and economically toxic discretionary development review services.

After 11 years of graduating eight to ten Masters students per year, an informal MRED Alumni and Supporters association has emerged. This group of 30 to 40 graduates meets monthly to share new techniques, technologies, and insights. An informal mini-Congress for the New Urbanism model, this program has given this group of architect-developers a common and shared language, tools, and intent. The result has been a small revolution. In a city where the built environment is primarily sprawl, and where the regulations encourage more of the same, a group of young architect-developers deftly maneuver through the morass of rules to create their own developments and contribute to a better urban environment by building new development that speaks to a community’s character and context. 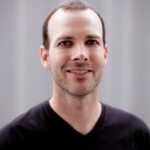 Tyler Hanson is a professor in Woodbury University’s Masters of Architecture for Real Estate Development program. He has more than 15 years of experience in design, construction, project management, cost estimating, market analysis and project strategies. He is a licensed general building contractor, and since 2008 has been the principle of Tyler Hanson Building Workshop a design/build/development company. His company utilizes a vertically integrated process that rapidly develops innovative multi-family housing. Tyler received a bachelor’s degree in Construction Management from California Polytechnic State University, San Luis Obispo. He holds a Master of Architecture Real Estate Development from Woodbury University.