England’s Coalition government has introduced the concept of localism and seeks to allow communities and neighbourhoods to opt into the formerly topdown planning and development system. These powers may be a useful blueprint for the Project for Lean Urbanism, and it is hoped that certain ideas can be reframed to be of use for “leaning” the building process in the United States.

The Localism Act, which received Royal Assent in 2011, introduced a series of new Community Rights in England. These are permissive powers, in which a neighbourhood which self-organises can take on various rights, including the right to develop its own plan, the right to bid on excess property, and the right to build community facilities even if not programmed by the local government. These rights are confirmed through local referenda.

At the same time, there has been a coordinated effort by the government to simplify regulations and guidance, to encourage community groups to act on the option of subsidiarity, and to provide resources to help local authorities and neighbourhoods that embrace localism. This is a form of community building that relies upon subsidiarity, and it offers some insights into the benefits and pitfalls of such an approach to “leaning” building and community development.

Permitted development rights allow changes to land or buildings without applying for planning permission, including, in certain cases, erecting new buildings. These rights derive from a general planning permission granted by Parliament rather than the local authority. The government has extended the scope of permitted development rights in a number of ways, and in so doing has outlined some important principles about subsidiarity and interaction between a property owner and neighbours.

Other protections ensure that neighbours are not negatively affected. For example, new development will not cover more than 50 percent of the lot, single-storey extensions must not exceed four meters in height, and any extensions with an eaves height greater than three meters must not be within two meters of the boundary. In addition, other existing protections (building regulations, the Party Wall Act or the ‘right to light,’ for example) continue to apply

A simplified notification process is in place to ensure that those directly affected are consulted.

The Localism Act allows communities to self-organise and to prepare neighbourhood plans, and allows them to become binding in the planning system.

Neighbourhood forums and parish councils can develop planning policies for the development and use of land in neighbourhood plans, which must be consistent with national policy and local strategy, require approval by majority of those voting in a referendum, and if passed the local authority is required to make them binding.

Local Development Orders: These are for an area designated by the local authority. The legislation for Local Development Orders has been in place since 2008, but they have been actively encouraged in so-called “Enterprise Zones” for only the past two years. Nationwide about 65 local development orders have been adopted, by a small number of councils, according to an evaluation published by the Planning Advisory Service. The evaluation found that the limited take up was due to a fear of loss of control by officers and elected officials, but that those who had adopted them were positive about their effects.

In Cockermouth, a town in the Lake District, The Prince’s Foundation assisted with a rebuilding strategy for the historic high street after a disastrous flood. Over time the local authority has adopted these improvements as part of a neighbourhood plan and neighbourhood development order. These permit outdoor cafes, the conversion of vacant space above shops into flats, traditional shopfronts, and sash windows and timber doors on buildings, all without the need for planning permission.

Community Right to Build Orders: Certain community organisations may also adopt development orders which allow them to bring forward, without planning permission, development such as small-scale housing or retail or community centres on a specific site. Any development must have a community benefit, such as preserving affordable housing stock or village halls or play areas.

Community Assets and Right to Bid

Community groups can nominate public and private buildings or public realm assets such as parks or play areas as assets of community value. Examples include pubs, village shops, libraries, community centres, playgrounds and recreational facilities such as tennis courts or cricket pitches. The local authority places these assets on a register, and if an asset is placed for sale by the owner, the community group has six months to prepare a bid for community ownership.

Custom or Self Build

Successive governments in England have recognised that one of the key problems in improving the quality of housing and communities is the dominance of a few large house-building companies that have corralled the land and the resources to deliver schemes. The last government tried to diversify by promoting prefab and “flat pack” housing, inducing Ikea and others to come into the market to challenge the mainstream building companies, with limited success.

The current government, facing a deficit of homes, has promoted the building of private rented housing by investment entities, encouraged more building by non-profit housing associations (what would be called CDCs in the US) and finally, and most relevant to the Project for Lean Urbanism, it has encouraged custom or self-building.

Self-building can range from a home designed and built by the owner to co-housing and community- built, owner-purchased kit homes, and a contracted builder constructing a shell with the self-builder fitting it out. Government has largely supported this by providing access to land, promoting simplified planning permission, and by supporting self-build associations through the creation of a web portal that provides self-builders with technical assistance and guidance and access to land and builders. The National Self-Build Portalprovides a useful guide to the effort, and may be an example of something that the Project for Lean Urbanism could do in this area.

It is too early to judge the success of these Community Rights. As attractive as the concept of localism is rhetorically, it is challenging to implement. Eight hundred neighbourhood plans are underway and 750 community assets have been registered, including 250 pubs and 150 parks and playing fields, and government has spent £12 million supporting groups like Locality and the Royal Town Planning Institute — and, in a first wave of funding, The Prince’s Foundation — in helping get the processes off the ground. Despite this activity, only eight plans have been adopted by referendum so far and only 65 local development orders adopted by a small number of authorities. There is a general perception that localism hasn’t worked.

This is due to two core problems: the lack of a significant community infrastructure with a predisposition to Lean thinking, and a fear of loss of control amongst local officials.

In designing the process with safeguards, including approval by local authority, an inspection and a referendum, the government has added complexity and time to the process, and in funding process-driven organisations to help make it work, the government reinforced the notion that there is little advantage for local authorities seeking to promote regeneration, and a considerable threat of losing control.

What Can be Applied in An American Context?

The Project for Lean Urbanism has largely sought to work in the space between the temporary intervention and the master plan, and has viewed national and state policy as largely outside its purview. So the idea of a national enabling statute for localism is off the table, both because it is outside of our scope and because state laws establish the framework for planning. What is interesting and perhaps applicable is therefore not the statutory framework but the conceptual framework and the tools.

The localism and community rights framework in England helps to empower smaller players, whether they are small developers and local businesses or community groups and homeowners. This is a key objective of the Project for Lean Urbanism and a core benefit of localism.

One of the persistent concerns about Lean Urbanism is that it could be applied by developers who would use it as a tool for gentrifying areas or for producing poor quality development. The localism and community rights idea can help, by creating a platform that is aimed at the small business, the individual property or home owner, and the community organisation or non-profit community developer. The vibrancy of community development in the United States could ensure that similar tools would be used more widely and have greater impact.

The idea of subsidiarity is seen as a desirable way of lessening bureaucracy. The English notion reflects a view of government as being effective at different scales, with a subsidiarity that devolves power based upon sensible rules for the protection of safety and welfare, but also to the lowest competent level. This is an important distinction. The competency, not only to carry out the task, but to do so in a fair manner, is certified by the next higher layer of government. This could easily become a standard in the United States, as it is essentially the manner by which the states charter local government. 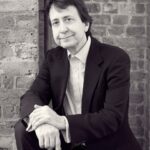 Hank Dittmar is a global sustainability authority and urbanist, advising governments, companies and communities all over the world on making cities and towns more liveable and resilient.

He was Chief Executive for The Prince's Foundation for Building Community from 2005-2013. Prior to that, Hank was Founding President and CEO of Reconnecting America, and was Chairman of the Congress for the New Urbanism from 2003-2008. He has been the head of a U.S.-based foundation, a regional planner, an airport director, and an outreach worker with street gangs in Chicago's inner city.

A Senior Research Associate at the University of Oxford's Department for Continuing Education, he is the author of the 2008 book Transport and Neighbourhoods (Edge Futures/Black Dog, 2008), and co-author and editor of New Transit Town – Best Practices in Transit Oriented Development (Island Press, 2004).